A Moment Of Kelvin Coe 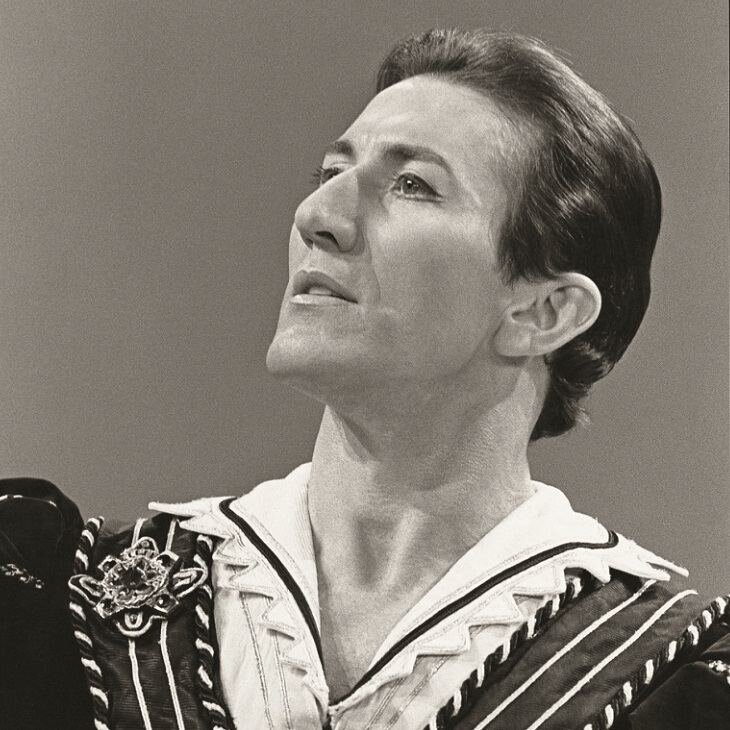 Thirty some years ago I had an experience with a teacher that left a profound legacy. Now, three decades and what feels like a lifetime later, I believe I’ve finally come to understand what that moment was.

Recently I taught a few days of workshop classes and had the same group for a couple of days in a row. Now perhaps it was the timing of the classes, perhaps it was me or the time of year, but for whatever reasons, as a whole this group just didn’t appear engaged. Their minds wandered from the moment class started till the end and I struggled to rouse their focus and energy. Not used to experiencing this, perplexed and frustrated, I could feel myself getting more and more tense. Yet why? Why did I care so much?

Was it because I felt they were disrespecting me as their teacher? I don’t think so. I’m of an age where their respect or lack of it is personally meaningless to me. Not because respect is not important, but simply because I now appreciate that they can’t possibly understand what I’ve done with my life, the choices I’ve made, what I’ve given and sacrificed. They can’t and that’s not their fault. As Cat Stevens sang;

“You’re young, that’s your fault. There’s so much you have to go through.” 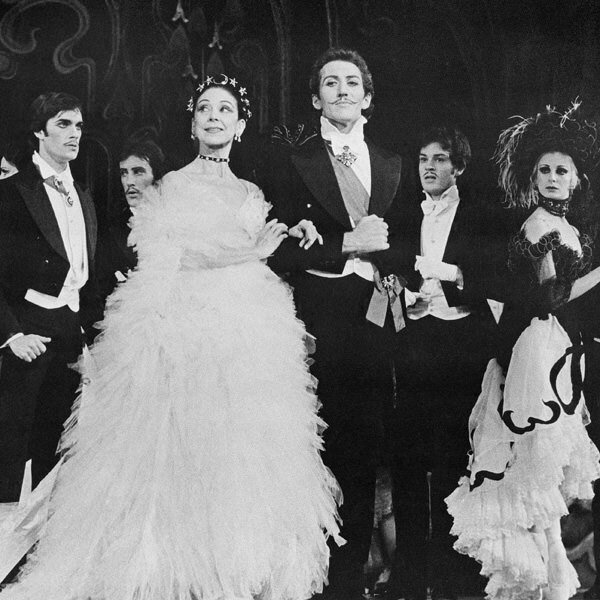 Was it because they were disrespecting each other? Possibly. Because there may have been some in the class that perhaps would have liked to focus yet were being distracted by others and that certainly concerns me.

Was it because they were disrespecting their parents? Yes, that was likely a greater part of it. As a parent myself now, I know too well the struggle to pay for all the things you want to give your children. Yet again, these young kids couldn’t possibly appreciate that perspective properly.

Yet more than all those reasons, a distant, almost other worldly memory came flooding back to fill my entire being.

Some thirty plus years ago I was a second-year student at The Australian Ballet School under the tutelage of the immortal Kelvin Coe. Most ballet students in Australia today (I’d be willing to guess 95%) likely won’t have heard of Kelvin. Yet to a particular generation he held a god-like status. A superstar of The Australian Ballet he defined male dancing for a generation. For me, he was the first male I ever saw dance a full-length narrative ballet, in Giselle alongside Christine Walsh, and this viewing years earlier while a student at The McDonald College profoundly changed the course of my life. 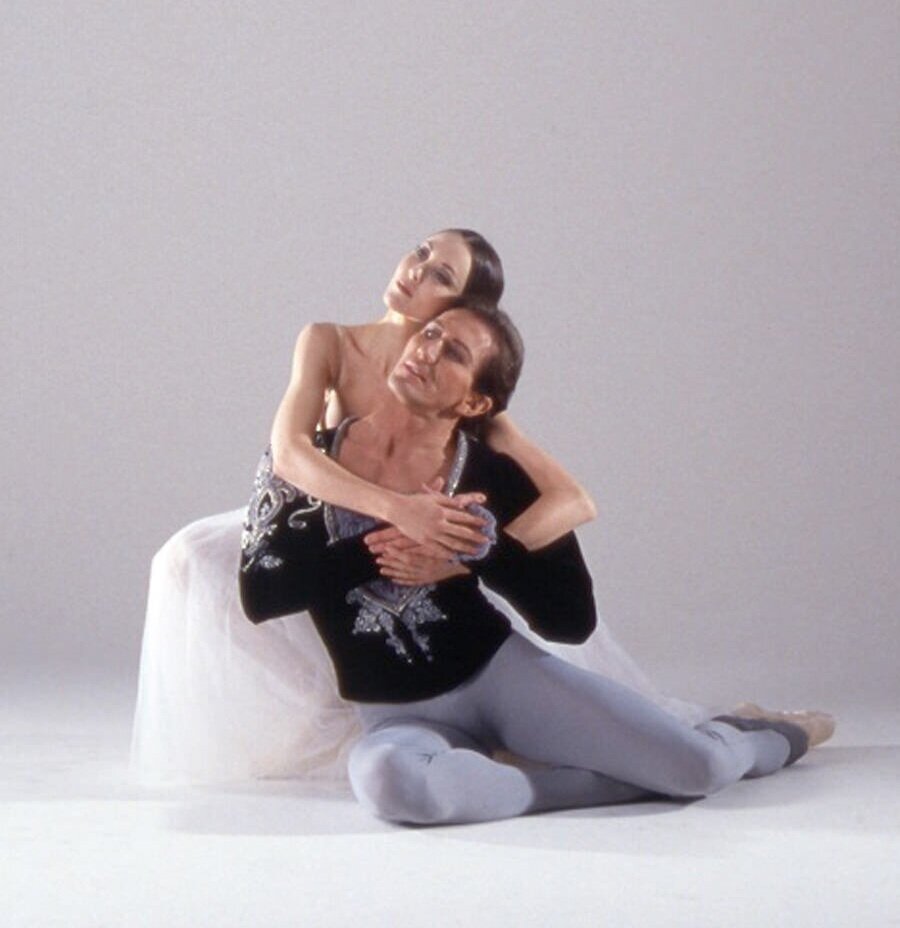 KELVIN PICTURED HERE WITH CHRISTINE WALSH FOR THE AUSTRALIAN BALLET

By the time I was a student in second year at The Australian Ballet School Kelvin was now a teacher. As I remember him, Kelvin had a laid-back teaching style; easy and comfortable. Rarely pushing, merely guiding; a kind of dance whisperer at times. I don’t recall him as a disciplinarian at all, but perhaps I’m simply being overly romantic.

Yet one day, during a normal daily class going over exam work, Kelvin broke down in tears while seated at the side of the class near the piano. The class froze as though in some enchanted ballet; as though the wicked Rothbart had suddenly thrown open the double doors of the room, entering wildly, and with a broad gesticulating port de bras menacingly cast a spell. After a time that felt like an eternity lost in confusion, where I could clearly feel my heart throbbing in my chest and my gut clenching, Kelvin started to speak. Choking back tears, his throat thick and heavy with emotion he demanded to know where our passion was, our commitment, our care. Why were we just going through the motions, aiming for mere technical proficiency, giving the minimum we had to offer and not laying bare our souls as though our lives depended on it? Did we not understand that it wasn’t enough to want to be in class; we had to need to be in class.

I couldn’t understand at all what motivated that break down at the time, yet something inexplicable and profound stirred deep inside and had the effect of inspiring the class in a way I’d never felt before. To this day I can clearly recall executing the next enchainment – a centre Port de bras. As the first strains of the upright piano ricocheted around the room, bouncing off the stark walls and through our bodies, I felt the change of expression in everyone around me. From feeling I was very much dancing inside myself, consumed in and by my own internal vanity, I was now brimming with a heightened awareness and emotion coursing through my body. This experience produced the effect of making me feel both more aware of my own personal connection to the music, yet also more emotionally connected to the space and everyone around me; as though we were now engaged and moving as one entity. Moving I felt simultaneously both more relaxed, dropped in, and more excited and alive to each and every movement and moment.

Many months later news came that Kelvin had been battling an illness, and it was only a few short years later that he died, a couple of months shy of his 46th birthday.

And while the pressing knowledge of his mortality may have been the catalyst or final straw that pushed him to break down and open up, I believe I understand now what really motivated that spontaneous moment. It was his sense that we were disrespecting and had a lack of appreciation for the dancer’s craft that caused him to break. For where indeed was our passion and connection? Where was our care and want? Our drive; our need? Were we indeed just a bunch of spoilt, overly entitled, predominantly white kids living a life mostly immune from the real pressures of life? I hadn’t grown up wealthy or spoilt, but right then, in that moment and in the days that followed I found myself asking if that is what I’d become.

Thirty years on and it was a similar frustration I was now feeling as a teacher and I could feel an internal burn that made me want to cry or scream. Perhaps in some strange way I was in a similar state to Kelvin, at least to a degree. Now 50, an age Kelvin sadly never got to experience – out of nowhere he could still whip off an elegant, beautifully elevated double Saut de Basque or Assemble en Tournant if required for demonstration – my body is definitely starting to fail me in many ways, no longer allowing me to give and go where I want it to. Feeling that is a kind of death. A pressing in of finite time; a pressure and weight that under the right circumstances can forge the creation of hard-won wisdom … or produce a stringy, tight bitterness of the soul. How we handle and are able to hold the truths of an elongated life determines the outcome.

And so half way through day three I stopped class and had to have the “chat”.

In the end I didn’t cry, scream or even get overly passionate. I wasn’t in that place Kelvin was, as I’ve never yet known the pressure of my complete death, of personal annihilation sitting starkly before me. Instead I clenched and bit down against some frustration, swallowing hard on a rising energy and merely tried to talk compellingly, articulately about passion and need. To be honest, it wasn’t my finest moment as a teacher. I’ve done better and I should have done better in this moment. But on this particular day, with memories of Kelvin then flooding my system, it was the best I was capable. I hope to do better next time.

Because it’s an important conversation. It’s critical to understand why we’re in the space, why we’re giving our precious, finite time to the endeavour. If a dancer is simply there to have fun and engage with friends, fair enough. But if they do want more, want to feel more, experience more, discover more; if you’re looking to make a career from dance, then it is not enough to want it; you’re going to have to need it. 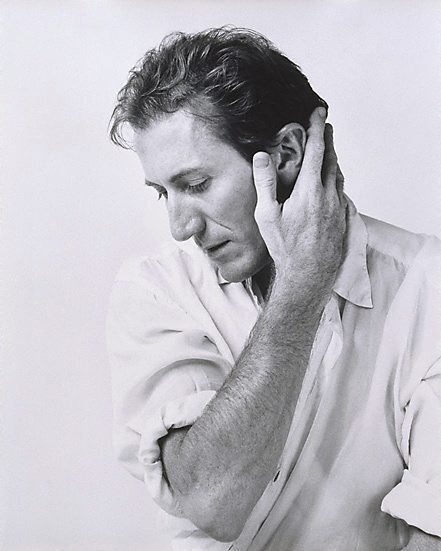 In loving memory and deepest gratitude to Kelvin Coe O.B.E

Kelvin was the first male artist to climb the ranks, joining the Corps de Ballet to be promoted all the way through to Principal Artist of The Australian Ballet.